Bentaleb has added a new dimension to Newcastle’s midfield by Carson A Merk
Proposed Newcastle United lineup vs. Arsenal: Rose gets his chance by Durim Halimi
Next2 of 3Prev
Use your ← → (arrows) to browse 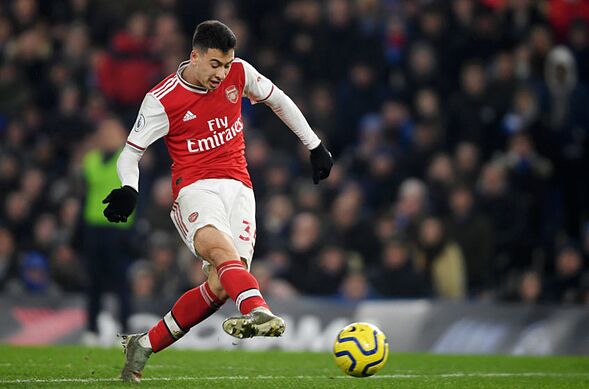 2. Battle of the wingers: Martinelli vs. Saint-Maximin

The most interesting battle to watch for on Sunday will be on the wing. Allan Saint-Maximin is the pulse of Newcastle United’s attack, and Gabriel Martinelli is quickly developing into a promising young star. Martinelli has been in fine form for the Gunners this year with ten goals across all competitions, three of which were scored in  Premier League action.

Saint-Maximin’s numbers are not as impressive, but when one watches Newcastle United play it becomes obvious that he is their most influential player on the pitch. His pace and technical skills have caused major problems for notable defenders this season. Assuming Arteta does not make the mistake of keeping his 18-year-old star on the bench, it would not be a major surprise to see either Saint-Maximin or Martinelli be directly involved in their clubs’ key moments in front of goal.

Here is one thing fans can expect, with almost full certainty, on Sunday. Mikel Arteta will deploy a 4-2-3-1 formation to compete with Steve Bruce’s 3-4-3 setup, which will only last a minute or two before transforming into a 4-5-1 defensive shape. Newcastle United might take a few more chances offensively now that Danny Rose and Valentino Lazaro are expected to be Bruce’s primary options as wing-backs.

Seeing that the Gunners have only been able to draw their last four games, Arteta might look to switch things up, or he might give the formation one last chance against an inferior opponent. The key thing to watch for in Arsenal’s lineup is which pair of defensive midfielders Arteta will go with. Seeing that the Magpies are an aggressive side, the Spaniard might revert to the duo he played against Chelsea a few weeks ago: Granit Xhaka and Lucas Torreira.

Next: Wasted chances? Second half battle?
Next2 of 3Prev
Use your ← → (arrows) to browse
Load Comments
Event Tickets
Powered by StubHub